Buffalo Bills @ New York Jets (1:25am KO)
With both teams coming off a win last week, this should be a pretty good game. Rex Ryan will want to run the ball a lot (whether it's Lesean McCoy playing or Karlos Williams), but this plays right into the strength of the Jets defence. A great matchup to watch will be the two Bills starting corners against Brandon Marshall & Eric Decker. Both Marshall & Decker have been carrying injuries lately, but both seems to be playing on Thursday barring a setback. I pick the Jets to win in a close one, primarily because they're at home, and because I believe they're the marginally better team.

Carolina Panthers @ Tennessee Titans (6pm KO)
Last week Mariota pulled off a massive upset for the Titans, knocking off the Saints, but Carolina can actually play defence. Although the Titans defence has been good for the most part, Cam Newton seems to be on a mission this year, and I see their run game being too much for the Titans to stop. I think the Panthers will win by a touchdown or more, but this could be a surprisingly tough game for them.

Chicago Bears @ St. Louis Rams (6pm KO)
Luckily for the Bears, it looked like they hardly missed a step with Langford filling in for Matt Forte last week. He had plenty of success as the Chargers have really struggled to contain any running back so far this season really, but the Rams defence presents a much bigger challenge. On the other side of the ball, Gurley has been absolutely unstoppable, but the Bears run defence has been very solid in recent weeks. Although the Rams are 7 points favourites with the bookies, I see them at least covering the spread, as the Rams really haven’t been able to put up many points against anyone. I’m actually picking the Bears the steal one.

Cleveland Browns @ Pittsburgh Steelers (6pm KO)
Injuries have absolutely killed the Steelers this year, with their best 3 players only playing 20 or so snaps together all year due to injuries. All signs points to Landry Jones starting again at QB for the Steelers, and if they want to win this game they need to run the ball a lot, and continue to binge throw to Antonio Brown. The Browns have possibly the worst run defence in the league, and Deangelo Williams should have another monster game. Steelers win.

Dallas Cowboys @ Tampa Bay Buccaneers (6pm KO)
Sooner or later Dallas may actually win a game without Tony Romo, but the way Jameis Winston has taken care of the ball in recent weeks, and the Dallas defence struggling to force turnovers as it is, I can’t see them getting that win this week. Matt Cassell will be better this week, and this could quietly be one of the better games of the weekend, but I see Tampa Bay sneaking the win against a Dallas team that just can’t help beating themselves at the moment.

Detroit Lions @ Green Bay Packers (6pm KO)
After an undefeated start to the season, since facing the Broncos the Packers haven’t looked themselves. That should change pretty drastically, as I see them absolutely hammering the Lions. The Lions are probably the most underperforming side in the league this season, and Clay Matthews will make sure Matt Stafford’s horrific year continues. Packers win by 10+ points.

Jacksonville Jaguars @ Baltimore Ravens (6pm KO)
This will be a lot closer than everyone seems to be predicting. The Jaguars will be able to move the ball in the passing game, partly because the Ravens secondary is terrible, but also because Bortles really seems to have taken a step forward this year too. I can’t bring myself to pick the Jaguars to actually win, but I think the Ravens win in a close, one possession game.

Miami Dolphins @ Philadelphia Eagles (6pm KO)
The Eagles got the win they needed to hopefully start putting a little run of wins together now heading into the latter half of the season. The Dolphins are coming off another loss, and any hopes of even considering making the playoffs are basically gone for them. When the Eagles get their run game going their offence can march down the field, and with the way the Dolphins have played against the run this year, I see that happening quite a lot in this one. If the Eagles establish the run early in this game, it’ll be a long day for Tannehill & the Dolphins. Eagles win by a touchdown or more.

New Orleans Saints @ Washington Redskins (6pm KO)
This could actually be the highest scoring game of the week. At times Kirk Cousins has looked like a proper quarterback, and at times he’s looked like Kirk Cousins. Against in my opinion the worst defence in the NFL , he should be able to put up a fairly decent amount of points. I still see the Saints winning, but they’ll need to keep running up points, because at some stage the Redskins will get theirs. Saints win in a shootout.

I am still amazed that the Vikings are tied for the top of their division at 6-2, but they are yet to put a completely convincing game together to give anyone belief that they can actually challenge in the playoffs. Their defence is solid all round, but with the way Derek Carr has been playing lately, they’d have to play their best game of the year to get the win this week. I’m picking the Raiders, just because I trust Carr more than Bridgewater at the moment.

Kansas City Chiefs @ Denver Broncos (9:25pm KO)
The odds on the Broncos winning this week are pretty good. I know the Chiefs defence is pretty tough, but Alex Smith is physically incapable of throwing the ball more than 15 yards down the field, and against that Denver defence? I can’t see the Chiefs getting more than 17 points. If the Chiefs struggle to put a couple of first downs together at the start of the game, this one could get ugly. Broncos win.

New England Patriots @ New York Giants (9:25pm KO)
Everyone seems to think this is a trap game for the Patriots to finally lose their unbeaten record, but I can’t see it happening. Eli Manning should have another big day passing in this one, but on the other side I can see Brady passing for over 300 yards, and 3 or more touchdowns, against a terrible Giants passing defence. The Giants have upset the Patriots so many times in recent years (including twice, in the superbowl), but both of those matches it was the terrifying pass rush of the Giants that kept them in it, and their defence now is nothing compared to what it was then. Patriots win by a touchdown or so. 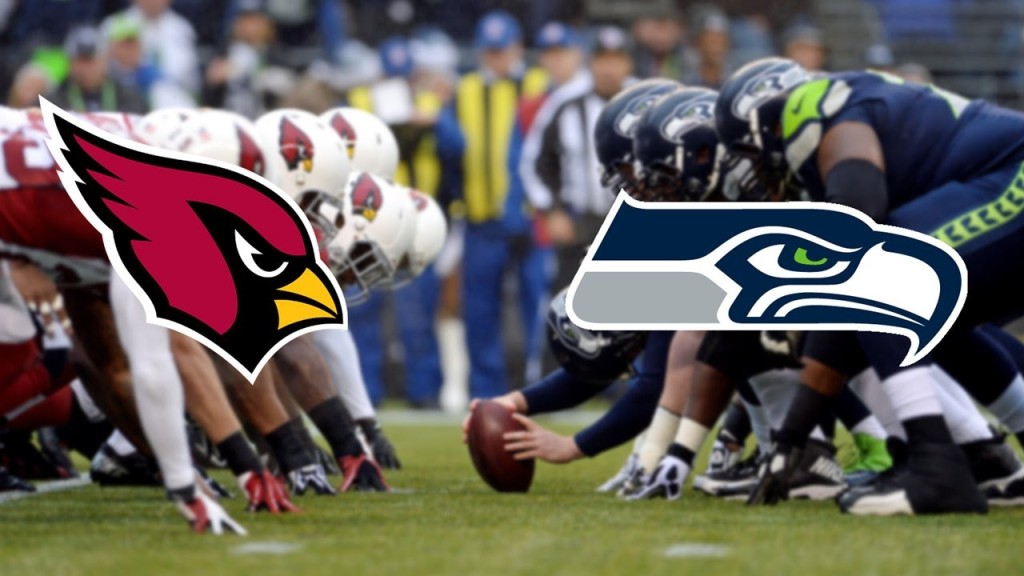 Arizona Cardinals @ Seattle Seahawks (1:30am KO)
Teams have proved recently that the Seahawks aren’t a team to be as scared of as in recent years, and the Cardinals will have plenty of reasons to believe they can win this game. The Legion of Boom haven’t been themselves for the most part this year, and their home field advantage isn’t what it used to be. I see the Seahawks having a much better game in this one, but I’m still actually picking the Cardinals to win. I wouldn’t touch this game at all in terms of betting, but I think the Cardinals get the win. 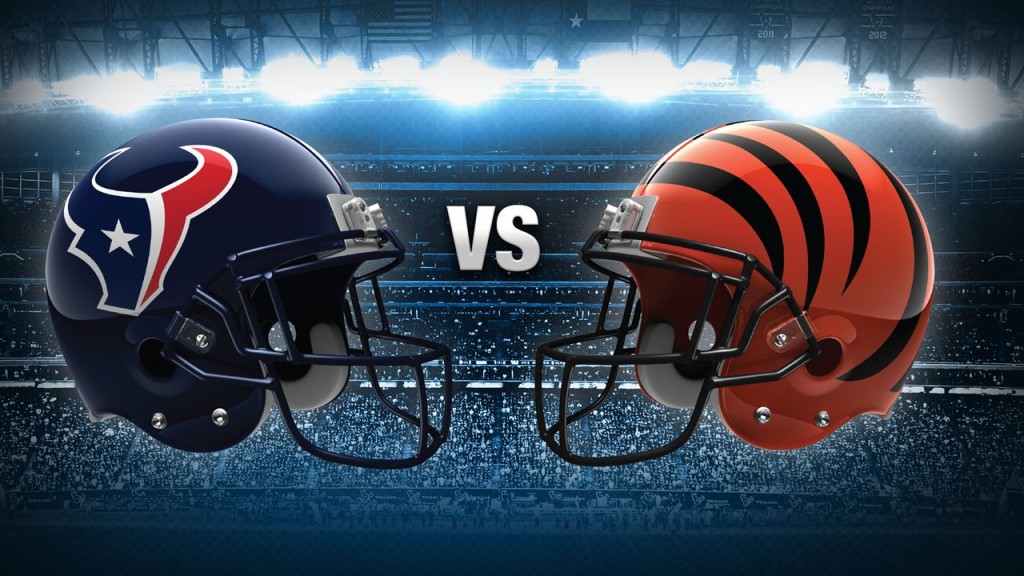 Houston Texans @ Cincinnati Bengals (1:30am KO)
This has all the makings of an absolute pasting. Deandre Hopkins finally seems to have cooled down for the Texans, and he has been their only positive talking point for the Texans all season. Andy Dalton is having far & away his best ever season, and I see that continuing against a horrific Texans defence. The Bengals should win big, and beat the spread very easily.

ADD THIS BET TO YOUR BET365 BETSLIP

ADD THIS BET TO YOUR BET365 BETSLIP