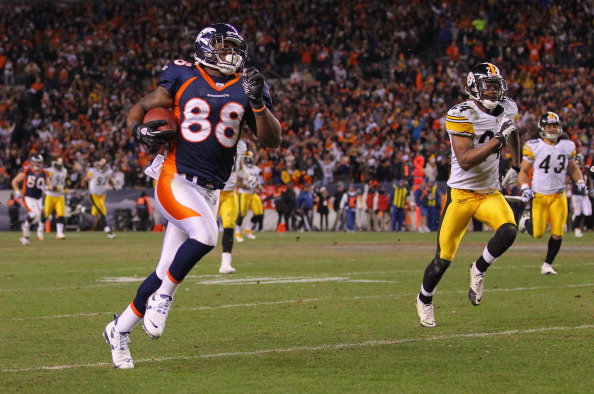 It's game week 15 and St. Louis Rams have already defeated Tampa Bay Bucs and New York Jets were victorious against the struggling Dallas Cowboys. There is 13 games being played on Sunday before Detroit Lions travel to New Orleans Saints for Monday Night Football.

The 3 games live on Sky;

Carolina Panthers @ New York Giants
Panthers main RB Jonathan Stewart is out so Cam Newton is likely to lean on main receivers Tedd Ginn and Greg Olsen. Giants defence is the worst in the league against the pass so expect Newton to post big yards today. Greg Olsen has been struggling in training with a slight knee injury and Tedd Ginn could have a big game with more targets.

Denver Broncos @ Pittsburgh Steelers
Broncos are still without their QB Peyton Manning who is out with a foot injury. Manning is back in training but has had a slight set back and is possibly a couple of weeks away. That leaves Osweiler as the starter. Osweiler started positively against Oakland Raiders in week 14 but then struggled in the 3rd and 4th quarter. Steelers defence isn't great against the pass (Ranked 31 out of 32) but with Osweiler likely to continue playing it safe with lots of quick passes I don't see the Broncos posting big numbers even against this defence. I see the Steelers winning this, especially if Osweiler continues to struggle to get the ball into the hands of Demaryius Thomas.

Arizona Cardinals @ Philadelphia Eagles
Philadelphia are another team who have struggled in defence this year and today then face Arizona Cardinals who are ranked the third best passing offence in the league. Palmer to Fitzgerald is the Cardinals main offensive weapon and now the Cardinals main RB Chris Johnson is on injured reserve its likely that Palmer will look to his leading receiver more. Fitzgerald is over 1000 receiving yards this season and expect a big game from him today!

CLICK HERE TO ADD THIS TREBLE STRAIGHT TO YOUR BET365 BETSLIP

CLICK HERE TO ADD THIS TREBLE STRAIGHT TO YOUR BET365 BETSLIP