It was a decent but unspectacular start to the golf tips last weekend as all four of our tipped golfers finished under par after four rounds with a combined score of -42. Only one golfer managed to bag us a return - Spaniard Rafa Cabrera Bello.

Our golf tips started in Dubai in the early hours on Thursday morning (UK time) and Rafa Cabrera Bello played some solid golf as expected to finish runner up on Sunday at -18, only 1 shot of the eventual winner Danny Willet. Thorbjorn Olesen was the other golfer we tipped in that event and although the Dane finished -14, he will be disappointed with how he started the event having only managed a level par 72 on the first day.

In the PGA event our golf tipster fancied Ryan Moore and Brooks Koepka. Moore finished T11th on -8 and Koepka finished T41st on -2.

This weekend see's us head to Pebble Beach, probably the most picturesque golf course in America. Three courses are used and all three are under 7,000 yards.

The Tshwane open is from South Africa where there is a pretty poor line-up. We'll have to dig deep to try and find the winner there I think.

Brandt Snedeker attempts to win this for the third time in four years and with it being questionable how serious some golfers take this event you can bet right arm on him being deadly serious throughout the four days. He has started the season in fine form and is the first golfer of interest for me. He won this last year after finishing -22 is sure to be in for another fine weekend. I would've liked to see him slightly bigger that 12/1 though.

Jordan Spieth and Jason Day head the market and although they are plenty short enough for me at 5/1 and 8/1, I certainly wouldn't put you off backing either of them.

Spieth probably has his eyes set firmly on the majors this season but it would be disrespectful to question Jordan's attitude to these kind of tournaments after he ran riot in the Tournament Of Champions only a few weeks ago. Spieth is an obvious favourite but I'm happy to look elsewhere rather than take the 5/1 on offer.

I'd prefer to take the 8/1 on Jason Day if I'm honest but again, I have my eyes firmly set on a couple of golfers at larger odds. Jason Day probably would've won this competition last year had he not have blew it on the first day. He shot a 72 on the first day but then incredibly put himself right back into the mix with a 62. He'll fancy his chances this weekend I'm sure.

I'm going to tip up Jimmy Walker as my first selection in this tournament. I would've liked to see him a bit bigger than 16/1 but I'm struggling to get away from him and I have a feeling that if I leave him out I'll regret that decision. Jimmy Walker usually starts the season in blistering form and he's been playing well enough to suggest that he could register another win here. Jimmy finished T22nd here last year but very much like Jason Day, his first round was less than impressive and that probably cost him his chance of defending the title that he won the previous year. In 2014 Walker won this competition beating Dustin Johnson by one shot. He finished over par on his final round to take the title. In 2012 Walker finished T9th and in 2013 he was T3rd. Expect another big weekend from Jimmy Walker.

One that I like a bigger odds is Kevin Na. The adopted American who was born in South Korea has started the season in wonderful form and this could be a place where he secures his first win since 2011. I wouldn't let that put you off though as Kevin Na has had eleven top 10 finishes in his last 34 events. He's a 33/1 shot and he could give us a cracking run for a our money. He finished T5th in 2012, T22nd in 2013, T4th in 2014 and the 33/1 is probably judged on the fact that he missed the cut last year. I'm happy to look beyond last seasons performance as he had three top 10 finishes in his next four events. 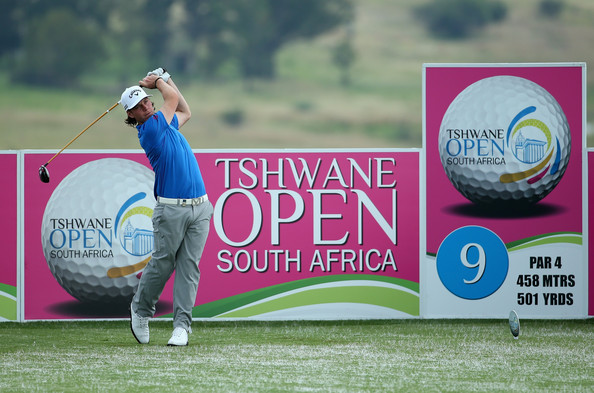 Charl Schwarzel heads the market here at 6/1 and there will be a few people looking at the rest of the field thinking "I'll have a bit of that!". But I'm in the opposite camp.

Schwartzel has slipped to 43rd in the world rankings after a poor 2015 season. Yes he won the Alfred Dunhill Championship in November but that was another tournament where there was a poor field and the fact that he's not been seen since the Netbank Challenge the month after makes his opposable at 6/1.. I think he'll need a few rounds before we see anywhere near his best golf.

The first golfer that I like the look of is South African Justin Walters. Walters has some decent course form here as he finished T16th in 2013 and T23rd in 2015 but its his performances so far this season that take the eye. The 35 year old has three top 10 finishes in his last 6 events and if he can produce that kind of form here then he's got to be worth a small bet at odds of around 30/1.

Dean Burmester is another golfer that I look the look of. The 26 year old was born in Zimbabwe but represents South Africa in golf. His form in these kind of competitions definitely catches the eye, most notably his T11th in last seasons Alfred Dunhill Championship and his T3rd in this event last year. He turned professional in 2010 and has 6 career wins to his name. He's played some solid go so far this season and hopefully he will be in the mix come Sunday afternoon!